I am a Reject 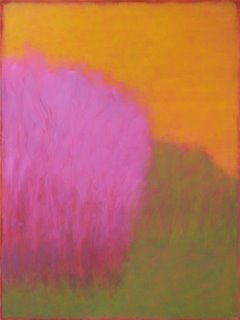 
So for the second year in a row I have not been accepted to the 57th Annual Art of the Northeast, a juried national show at the Silvermine Art Guild in CT, which I have previously discussed here. I realized on Friday that I hadn't heard from them yet and so I checked their website. There was a list of the accepted artists, which did not include me, and so I promptly put the two paintings on the list to show the Harrison Gallery, who has asked for more work, preferably larger pieces. So there! Anyway, soon I will get the ever so polite rejection letter which I will put into a book (I save them all). Normally, I might be a bit disappointed by not getting in (I am kind of bummed that the juror, Ben Barzune, wasn't interested in my work, although I understand), but frankly I have been getting slightly buggy-eyed over the last few days thinking about all of the paintings that I need to do in the coming weeks, so these two will help a little bit anyway.

And naturally, because I have so few large sized panels in my supplies inventory, that is exactly what everyone seems to want. On Saturday, after much procrastination, I finally placed an order with ASW Express for both cradled and uncradled hardboard, which is what I prefer to work on. I wish I could build my own supports, and Doug and I debate endlessly about doing it ourselves, but the only spare time I'd have would be at about 2am and frankly I am not interested in giving that up. I have been talking with our contractor, Steve, whose shop builds my frames (don't have time to make those either) about building some large sized cradled panels, but we haven't really gotten it all straightened out yet. So I spent about a thousand dollars today on panels and a few tubes of paint. I always buy a couple of new colors when I order other supplies and today, since I was already spending so much, I figured I may as well buy a tube of paint, Scheveningen Purple Brown by Old Holland, that cost thirty dollars. What the heck. I hope it's a good color, but at that price, I will have to make an effort NOT to get too obsessed with it.

"Simmering", (boy, that title sounds dumb!), is yet another painting that I've done recently using a similar composition of a foreground mass of trees with a smaller different colored mass in the distance. I guess this could be called a series, however I tend to refer to it as beating a dead horse. Often I come across a specific composition, subject matter, color etc. and will do many paintings to explore/exploit further whatever it is that interests me, changing various minor elements in each piece. So it's basically a combination of exploration and obssessiveness. That's it. No big long explanation about the meaning of the elements, the social/psychological effect of the landscape in today's materialistic, over stressed, technology and profit driven society, or that continually repeating images is a metaphor for a futile life.

I just like to paint.
Posted by Tracy Helgeson at 8:45 PM

I can't tell you how many times I've gone through the rejection process. When I was a young artist living in San Francisco, we used to wall our lofts with rejection slips. That and a couple of beer helped to ease the pain.

As for your cradled panels, they're really not that hard to make. I use 1/4 inch hardwood plywood and clear 1 X 2 pine for the cradle. Lumber yards will usualy cut down the plywood for you at little or no cost. With a little practice you can cut the plywood with a utility knife. You just have to keep scoring it numerous times. I use an inexpensive power miter chop saw to cut the cradles. Once I glue the strips to the panel I use an inexpensive compressor and brad nailer to tack it down from the front side. You can also just put weights, like bricks on it until the glue dries.

For what you paid for your pre-made panels you could buy all the equipment and wood and have money left over. To help myself with time constraints, I just set a day aside where I don't paint and just manufacture my panels. Making art isn't cheap and this helps to boost the bottom line.

Hi Ed, Thanks for the tips about making cradled panels. We have tried to make them in the past but they just didn't look as nicely finished as the manufactured ones do. Also, we don't have a work shop space, miter saw, compressor, brad nailer, bricks or a convenient lumber yard nearby! I do have glue and a utility knife....

We may invest in these things at some point and make the panels, but for now I feel like I really have to streamline my activities a bit and making panels and frames are the sucky things that are the first to go.

I checked out your site by the way and really like your landscapes. And the self portrait is great.

Oooh! I love Old Holland paint. Most of the time I don't use it, though, since I need the large tubes. I go for Gamblin instead, because it's decent paint and they stock all their colors in the large sizes. But I've been using the same palette for years, and I'm itching to add to my range with some of the goofy pinks and flesh tones and brighter greens that are out there. I've been hesitant to invest in an entire large tube in a color I'm not familiar with, but then I stupidly realized I could experiment with the smaller tubes. Duh.

I'm wondering how you like the larger sizes; I'm actually thinking of working smaller, because I just don't have the space to store the large work! Plus I can't imagine working on a canvas that's less than 10 inches a side-- how do you fit it in there?!!

Sorry about the rejection. It's all so subjective. I remember when I was auditioning for plays, and I was always trying to suss out the directors. Impossible, and I drove myself crazy too.

Hi Martha, I love Old Holland too. And I have just bought a few tubes of Gamblin and like those colors too.

I am actually really liking working larger. I just wish I had more storage so I could really let loose. I have a cabinet that I can store paintings up to 36x36. So that's about my size limit for right now.

So it's basically a combination of exploration and obssessiveness. That's it. No big long explanation about the meaning of the elements, the social/psychological effect of the landscape in today's materialistic, over stressed, technology and profit driven society, or that continually repeating images is a metaphor for a futile life.

Are you making fun of me?

Arthur, are you serious?

Geez, I hope not. I was referring to the fact that those are not the kinds of things running through my head when I am painting or when my work is going in a different direction. My work is instinctive and if my empty headedness puts me in the hack category, so be it. As I said, I just like to paint.

I do, however, appreciate more intellectual thoughts and opinions about art and I think that you are very eloquent on the subject. But I am not thinking of you when I am writing a post, just so you know :-)