Gardening, and the Birds and the Bees 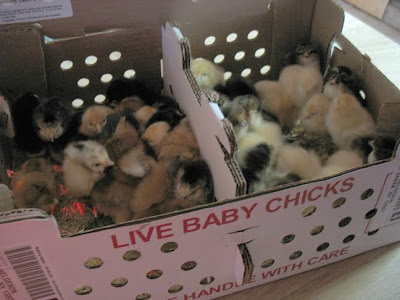 Very busy last few days here and I don't think it will be letting up anytime soon.

I have been rather derelict in getting the garden cleared out for spring planting, although THAT would be easier if we did better at cleaning and prepping the planting beds in the fall. Sigh. One of these days, it will happen. Anyway, I have been trying to spend a few hours a day weeding and luckily everything but the dumb, stupid burdock has been easy to pull out. However, all of a sudden wild mustard plants have taken over the garden, which is irritating because that is the one weed we haven't had before and they are seriously invasive. They do have beautiful yellow flowers though and fields of them have inspired a whole series of paintings but I would like them to stay out of my vegetable garden, please.

Three beds back in the corner that still need weeding (they are done now): 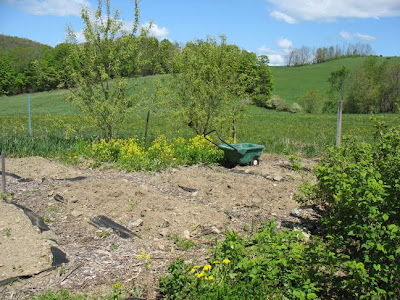 This is where the tomatoes are going this year and I have handed the weeding duty over to Doug as I suspect some serious shoveling will be necessary (he is the shovel guy): 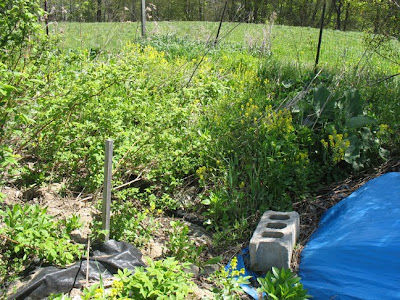 And proof that our weeds don't need much in the way of light, air or water. A tarp has been on this section for a few years now (clearing that spot is rather low on our list as it is in a shaded area) and every year the weeds under it raise it up off the ground about three feet: 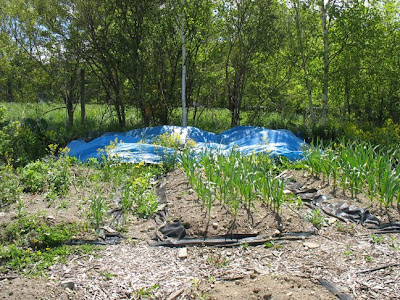 But there are some bright spots. The garlic is looking good: 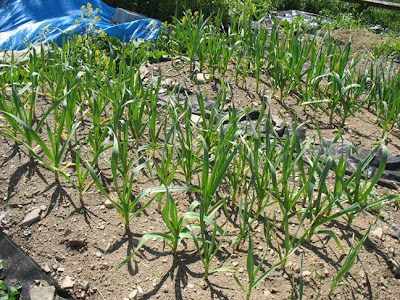 The raspberries look great this year (even if they are sending shoots off into the neighboring beds). And most of the beds are cleared now, ready for some mulch and then planting: 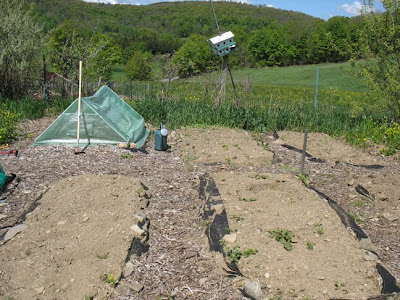 We are still a few weeks from planting for most things though, and I really should have gotten the peas and carrots in already, but I am planning to get them in this week. Oddly, my greens that I planted several weeks ago in the cold frame didn't come up, so I guess I messed up the system somehow. I am going to try planting greens again in the regular beds. Oh and the perimeter fence needs much attention. I am pretty sure that last year deer were just strolling in every night and eating everything from the top down. They LOVE peas and broccoli, just so you know.

Update on the birds and the bees:

Yes, my new chicks have arrived, just this morning in fact: 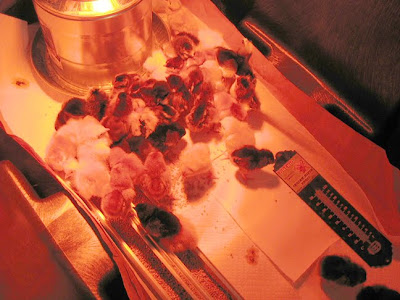 We are establishing a new coop for them as our old hen house is too small and plus it's really tough to integrate flocks. So Doug spent a few days putting up plywood on the interior of a small room in our crappy old garage. We wanted to build an entirely new building, but it wasn't in the budget and this was the next best, cheap idea. And actually it seems pretty luxurious to me, it has power and is very close to water (the garage is attached to the kitchen) so we can brood them in their coop. Doug still has to build the nests and an outdoor chicken run, but we have time for that.

It's been about four years since we got our first chicks and three years since we got the second batch and I have forgotten about the stress level with these little chickies. I have already spent so much time worrying and checking on them today and it's only been a few hours! One difference this time though is that there are 45 chicks, well actually 44 since one was trampled to death in the shipping box, and the little cannibals were already pecking it apart by the time I picked them up, and so I now get to worried about their pig pile tendencies too. Heh. But I am going to cross my fingers that they will be ok, and later on after I get some work done I will go and check all of them for pasty butt*, yay!

Doug was planning to get two more bee hives this spring but when he went to pick them up on Saturday, he was told the bees were gone. A part of the whole disappearing bee problem evidently. So Doug is calling around today, trying to find someone who has bees. Our existing hive is doing great, very busy and active bees already working on their honey, so we were really hoping to add to all that.

And besides our WORK work, there is a long list of things that have to be done around here; I was going to list them, but it makes me feel overwhelmed! I will post photos if as we make some progress. Right now I will just be happy if we can get some plants in the ground and keep my chicks alive until they are a bit more durable!

*Pasty Butt: Shipping can be hard on some chicks and a sign of that stress is that they get their butts pasted up with loose droppings. Keep a close eye on them for the first 5-6 days. If this happens, you must clean it up or they'll die. There are 2 methods: A -- you can softly moisten the plug with a warm moist cloth until you can pick it off, this being easier on the chick, or B -- you can simply pluck it off with the down it is stuck to. This is more painful to the chick, like having some hairs pulled, but has the advantage that without the down to stick to the problem will not repeat itself.
Posted by Tracy Helgeson at 10:19 AM

Just think, when you have time to return to the studio it will seem like a tranquil haven!!

Are you familiar with the Ruth Stout mulching method? Two feet of straw that slowly breaks down into soft rich earth, plant directly into the straw. Really helps with opportunistic weeds like mustard. You can probably learn more about it through Organic Gardening or Rodale Press.

My big garden days are long past. It is just too much work and we're not doing the country life anymore. I now have containers with tomatoes in and beans, basil, peas around them. Amazing crop from about 8 sf.

I feel your pain! I spent quite a bit of time over the last few weeks working on my flower beds and I am tired! Then a very sweet neighbor was so impressed with how my yard looks he sweet talked into fixing up their yard. Thank goodness there is not a lot of weeds - mostly trimming and transplanting then spreading sweet peet for mulch. I do have large lilac that needs removed that may be a bit of a challange. I will have to get to it while the ground is nice and soft after two days of rain here in Ohio. Your beds are looking good - just make sure you don't wear yourself out!

I need to go lay down after reading that post...and I thought my life was busy. Hope Doug has some luck scouting out bees and you don't find any chicks with pasty butt...does sound disgusting. John and I will be planting the garden this weekend..hopefully over top of the weeds

i am exhausted just reading this....and thanks for the pasty butt visual. how the heck am i gonna get that outta my head now??????

Your to do list is like mine... a bit overwhelming! Man - the weeds really are out of control at our place... I think I let them go too long. Trying to knock them out bit by bit...

Yay for new chicks! Pasty butt... I think I had that happen to me after eating a bunch of cheese. wink