I Get To Do Whatever I Want 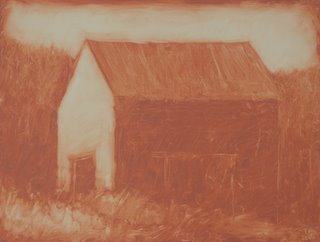 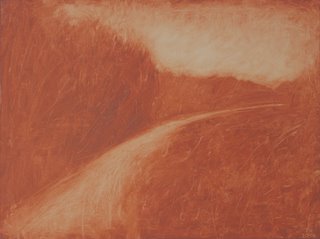 After I wrote yesterday's post, it occurred to me that I should explain why, after getting an education in illustration, I didn't go back to it.

I thought about trying illustration again, for about 2 minutes. Over the years published illustration has become more and more scarce. When I was in college, illustrations could be seen regularly on publications such as TV Guide, Time Magazine, Rollingstone, The Atlantic Monthly, Utne Reader, etc, and on or in other media such as newspapers, book covers, packaging, and record album covers. Certainly, illustration is still used, but not to the extent it once was. Even when I was trying to get work in the late 80's and early 90's, the art directors were already tending towards using photography. So getting work seemed unlikely. I know there are many people who are able to make a living at illustration and they rock!

The other and more important reason that I decided to forego illustration is because basically I wanted to do whatever I wanted. I'm older and crabbier now and I don't want to be told by someone what image to paint, what colors to use and how to compose the image. Luckily for me, my circumstances allow me to have this attitude. I don't have to support myself or our family with my income. Even now that I do have responsibilities, when I get to work in the studio, I remind myself that I can do whatever I want. While at first this seemed risky, after all, I did want to sell something, at least enough to pay for my supplies, there was such a feeling of freedom and exhilaration in that, which I think has immensely affected my work for the better.

Today's paintings are from a series of works on paper that I have been experimenting with. I have this great Sanguine colored oil stick from R&F Paint (sorry, I could link that, but I haven't figured how to add links yet, can anyone help me? I am so dense when it comes to computers-it's like an act of god that I am even able to upload the images) and while I am not sure who would want to hang an orange painting on their wall, it doesn't matter because I GET TO DO WHATEVER I WANT.
Posted by Tracy Helgeson at 7:21 AM