How Pollock Made Me Paint Again 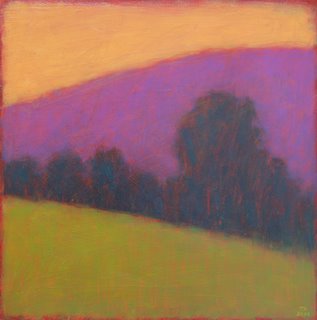 Unfortunately, I didn't get much done yesterday either. I had just gotten into the painting zone with a little help from Mary Gauthier, when it was time to clean up and go to a valentine lunch with my husband, Doug. We had a nice time and I always a enjoy a good salad, especially one that someone else has to prepare and clean up after. By the time we got home, it was time for me to run back into town to pick up the kids from their after school stuff. Hopefully, I will get more done today and tomorrow.

So I have a lot going on this year and I am still kind of in awe about it. I have an art education, I went to the University of the Arts in Philadelphia from 1985-1988. My major was illustration and with the usual youthful optimism, I was certain that I'd be a very successful illustrator. Then real life stepped in. I had to get a full time job after college and I tried for awhile to do illustration on the side. I did a few jobs here and there and then I met my husband (ok, he was my boss, so sue me!) and had less time to pursue my personal work. We started a family and I felt strongly about devoting my time to raising the babies so the art took a back seat. I did have a few creative outlets during this time, I learned how to knit and sew, I attended weekly figure drawing sessions and I became involved with a local arts organization. In 2003, our family plunked down on a farm in upstate NY after having lived in Utah for ten years. My youngest daughter began school and at the same time I was reading Pollock, An American Saga. While Pollock seemed to be a bit of a mess, (that may be an understatement) I was so inspired by their move to the Springs on Long Island and his subsequent breakthroughs. I also admired Lee Krasner's tenacity in keeping him on track and continuing to pursue her own work at the same time. So I thought that since I had more time during the days, I'd give it another shot. Despite not ever having done a landscape, I started painting landscapes. How could I not? The land surrounding us is beautiful! The first pieces I did were dark and moody and kind of depressing, but obviously I have moved into a different direction at this point. And hopefully I and my work will keep evolving.

So that's why at age 41, I am considered an emerging artist and why everything that's going on seems so surprising and, well, cool. 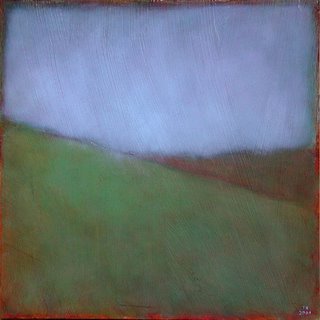