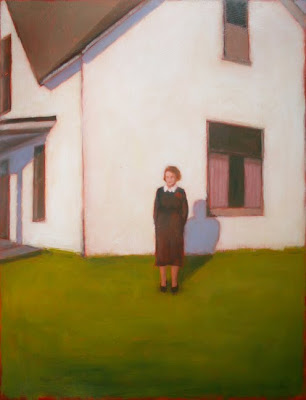 Posted by Tracy Helgeson at 3:25 PM

Thank you for the years you have been blogging. It has been a pleasure to get to know you and your work. You have been an inspiration on so many levels. I completely understand your reasons for the decision to quit posting here. I have struggled with similar issues. I also understand the problem with having enough time as I too grow food, have goats, chickens and turkeys as well as do the art thing. Best wishes for all of your endeavours and I shall continue to follow your adventures how ever I can in future. Thanks again for sharing...

Thank you for all the wonderful posts over the years. Since I don't do facebook I will miss your art.

Tracy - you have always been one of my favourite art bloggers - and any time you want to start up again you'll find I've still got this blog in the list of blogs I follow.......

I am of course following you on Facebook too - but what I miss are the long stories and ruminations.......

Stumbled across your blog today. Really enjoy the rural-ness of your blog as I've got a similar blog and background.

"I felt like I had told all my good stories and didn't want to start repeating them." Your words are just as amazing as your arts.

Lovely blog. Thanks for sharing with us.

There are several popular weight loss Slimlinic Keto plans, such as the Atkins diet, Mediterranean diet, Zone diet, and the South Beach diet. These plans are not aimed at weight loss, but a generally healthier lifestyle.

To make use of these magic weight loss Green Vibe Keto numbers, you need to find a weight loss program that understands their importance and incorporates them in the program.

Fitness experts also recommend we should Slim X Genie Keto walk 10,000 steps a day to maintain good health and weight. Most of us would be lucky to achieve half that in an average day.

We carry this filth in our body from year to Super Cut Keto year. Not many people know of colon-irrigation, or have had an enema, or had a fast.

Thank you for publishing a very informative post. Every post of yours is very awesome, we feel satisfied by reading it.

This is brilliant writing and very pleased to find this 918kiss free credit site. I couldn’t discover much different information on your blog. I will surely be back again to look at some other important posts that you have in future.