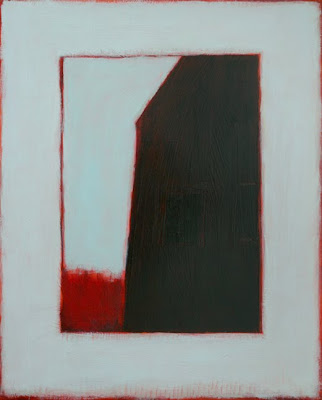 Ok, it seems like the act of making the list and posting it on the internet has gotten me feeling a bit more energetic about things in general. I made some progress yesterday and also it was so awesome to get such encouragement about continuing the blog from my lovely readers. Thank you!

So this is what I did yesterday:

I made all my phone calls and I now have appointments to take two pets to the vet this Thursday, a meeting at the clinic in Syracuse concerning my daughter's insulin pump, and I also rescheduled my upcoming dentist appointment.

I finished the backs of the ten panels that I am prepping and this morning started the priming on the front and sides. The prep doesn't take so much time, it's mostly the drying, sanding and having to run downstairs to clean the brushes that can really drag things out here......

I had some emails to attend to yesterday, in addition to a good chunk of online time (oops) so I got started painting a bit later than I should have. But it ended up ok, I managed to get two smaller pieces done and will get back to the easel as soon as I am done with this post.

And bonus! After dinner, instead of glancing at the disgusting, dusty, greasy range hood, sighing and then ignoring it yet again, I decided to just take a few minutes and clean the dumb thing. This might have been the most encouraging thing I did all day; I have been ignoring stuff like that for weeks.

Will be back tomorrow!
Posted by Tracy Helgeson at 9:52 AM

Its funny how a greasy gross range hood can knock around in our subconscious and make insiduous little 'gees, are you not competent?' ideas grow. Taking care of small niddling tasks is oddly empowering!

Now, after reading your comments showing your mojo workin'again, you have given my inertia a kick in the butt.

There ya go. Good barn, doncha think? As always, the lurking red is a gas!

And I'm right along with ya starting to do things that I've put off...

1) clean off the dining room table and

2) re-arrange my painting studio so the work flows better (entails re-organizing some papers and bringing in a new table...) that would feel SO good..

3) finally scheduled the dental appt... they were all "bad patient" on me, but whatever!

ps... I also made a phone call to a life coach because I am trying to tackle some life-long procrastination issues around creating in general... will let you know how that goes.

Thanks Tracy for inspiring...

ps.... meant to say congrats on all you got done!

One organizing book I read several years ago said that things like the range hood that we see every day and ignore everyday (I have like 20 of those things right now) actually drain a lot of energy... lots more than it takes to actually do them.

I keep that in mind from time to time ; )

oh and also... I have read through a lot of your archives... fascinating reading... I came out of a lot of the same behavior patterns you had as a youngster... only mine lasted a lot longer cus I never met my "Doug" ... (I hope that's his name) yet!

Glad to here that so much progress has been made, included that range hood.

Glad to see that you took those baby steps! Love the painting! I know what you mean about the hood. I finally broke down and did dishes - I live alone and I have a tendency to just let them go until I am down to the last clean plate! I pretty much live in my studio and the kitchen is upstairs so it is easy to ignore it. But like your hood, I felt so much better that the task was done and now I don't have to spend any energy working on procrasting. I got a fortune cookie one time that had a saying it that I kept. I read it every once in awhile for motivation. It said "To achieve a great goal, one must begin with a small achievement." Spot on.

Kaylyn, so true! Now I should start tackling all the hundreds of other little tasks that I have been ignoring......

Glad to give a good kick, Sherrill, good luck!

Thanks, SamArtDog;) Always good to get a barn in somewhere at least!

Thanks, Elaine, gotta work on some new ones, maybe tomorrow.

Carol, Good tip about how the ignoring the small tasks drain energy, it is true and I will keep it in mind now! Good luck with your list too! And glad you are enjoying the archives, I AM lucky I met my Doug;) Not sure where I'd be now if I hadn't.

Thanks Kim and Natalya!

Patty, I suspect I might do the same thing with the dished if I lived alone;) Good fortune cookie fortune;) Thanks for passing it along!